When Tim first moved into his home, he fell in love with its character and potential. Built in the 1850’s, the Victorian home was full of appealing quirks including a garden set on two levels - a paved terrace with steps leading down to the main part of the garden. 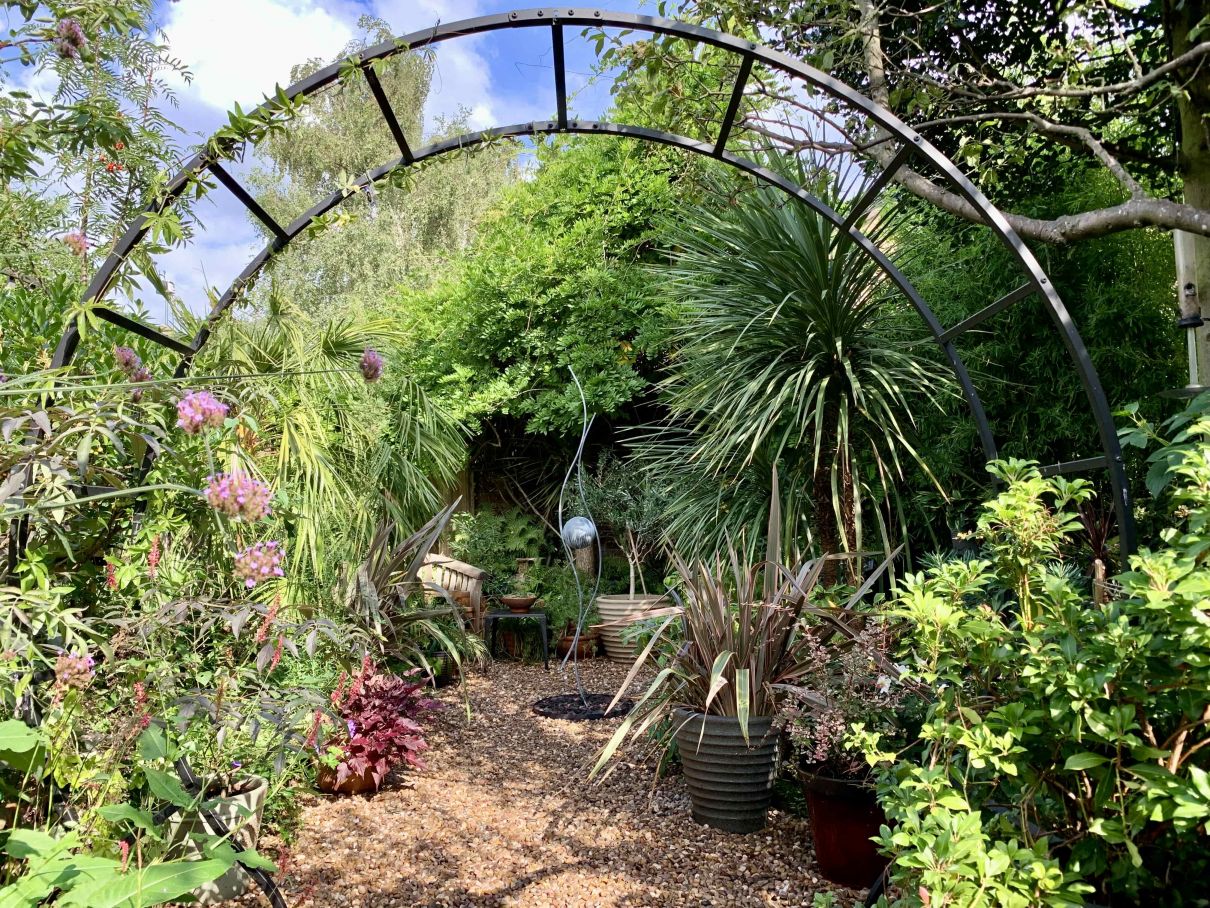 It was overgrown when Tim and his wife moved in, but they instantly recognised its potential to transform the space into an urban oasis; the perfect spot to retreat to and relax after a busy day in London. 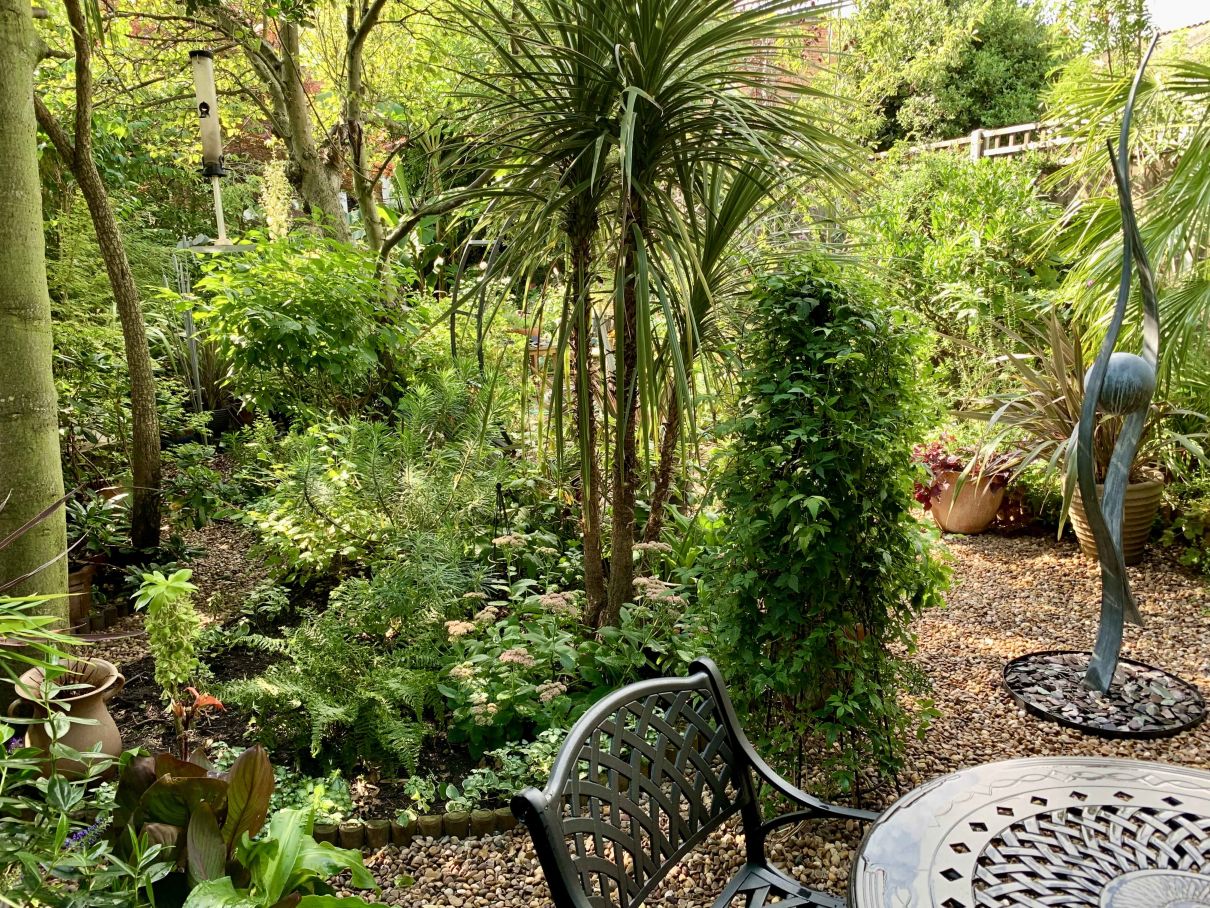 The garden plot was a long rectangle, with plants and trees mostly arranged to the left and right and the variety of planting coupled with an attractive brick wall at the foot of the garden provided the template for Tim and his wife to build the garden of their dreams.

Over time, they sought to create interesting rooms within the garden, forming seating areas with wooden, stone and metal benches and chairs to capture the sun as it moved throughout the day. The layout and use of different materials and creation of rooms leads a visitor on a journey through several spaces making their garden seem very spacious and welcoming.

The seating area at the bottom of the garden was cosily surrounded by the brick wall and bamboo to create a secret hidden space. From here, they created a stylish path that wound its way through a woodland area to a hidden space decorated in slate chippings and bordered by slate rockery stones.

Tim decided to use Pea Gravel because its pale chestnut tones complemented the Victorian character of the property perfectly, and they opted for the larger 10-20mm size to add texture and ensure the stones remained in place. They used a weed prevention membrane before applying the gravel to reduce weeding. 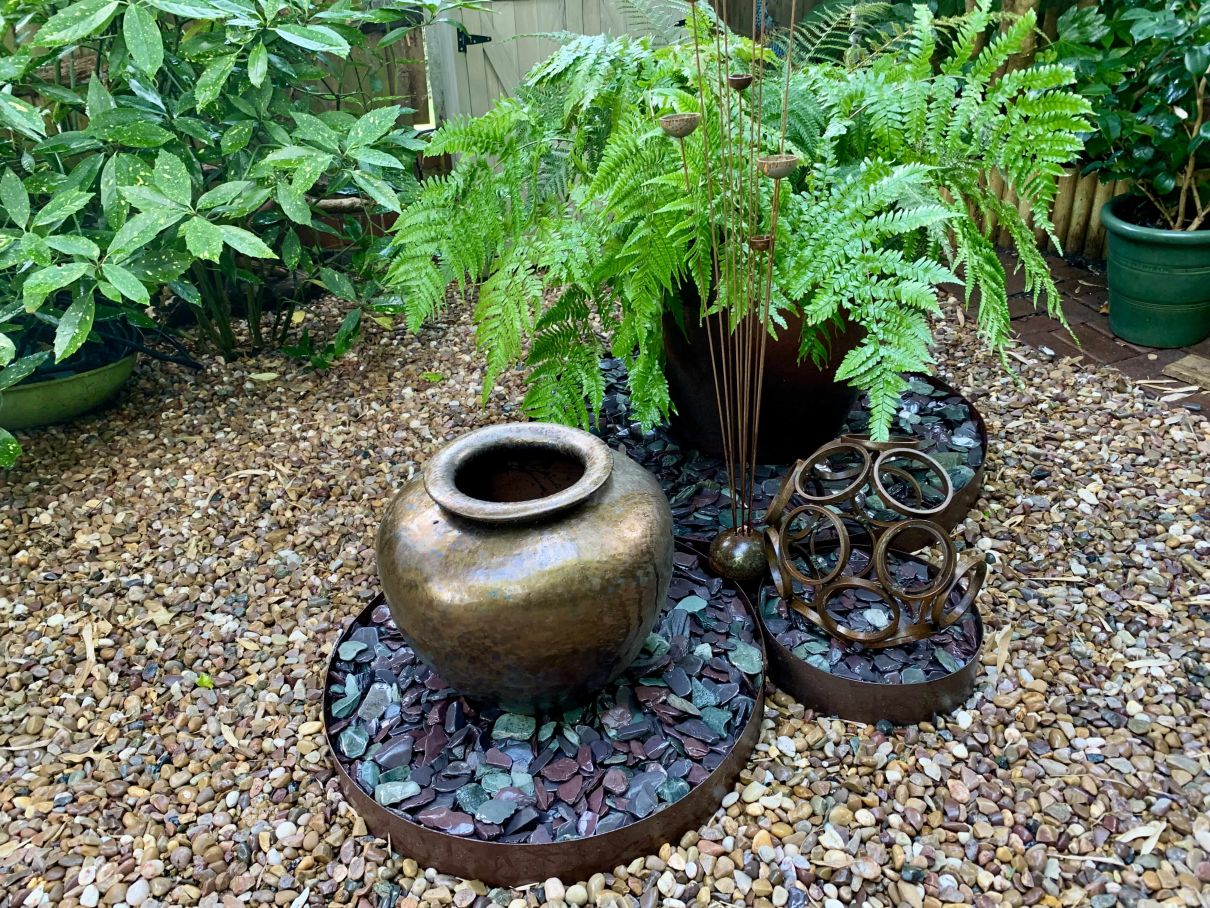 To add that wow factor, they created a unique central feature consisting of steel garden rings and ornaments filled with Plum, Blue and Green slate chippings. The use of copper against the steel rings and golden coloured gravel added depth and texture to the design.

Tim and his wife have fallen in love with their new garden and have even more plans to develop it further in the future. Tim told us: “A garden is never truly completed, and we will continue to develop the borders and add features over time. But we’re delighted with what we’ve achieved thus far – it truly is an atmospheric escape from the urban busyness at the front of the house. 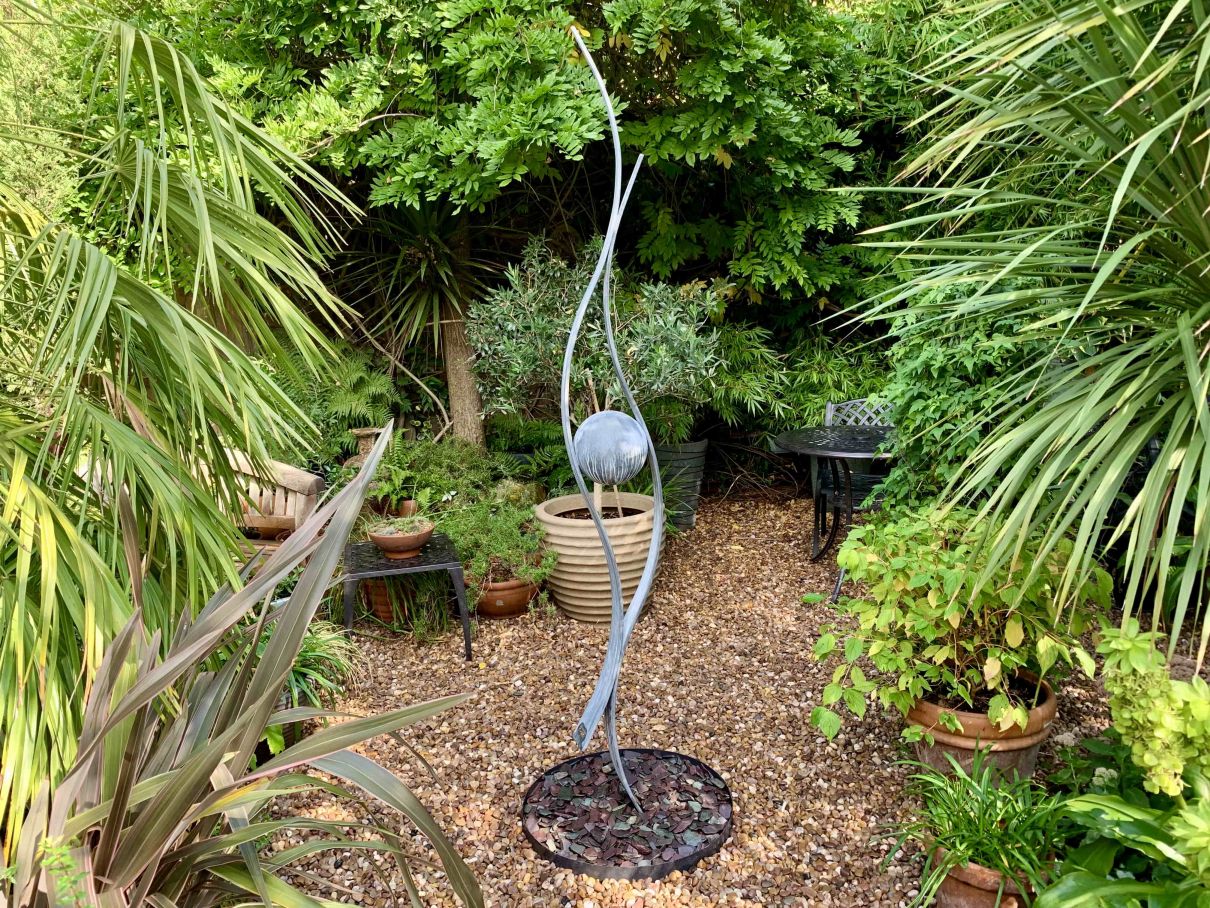