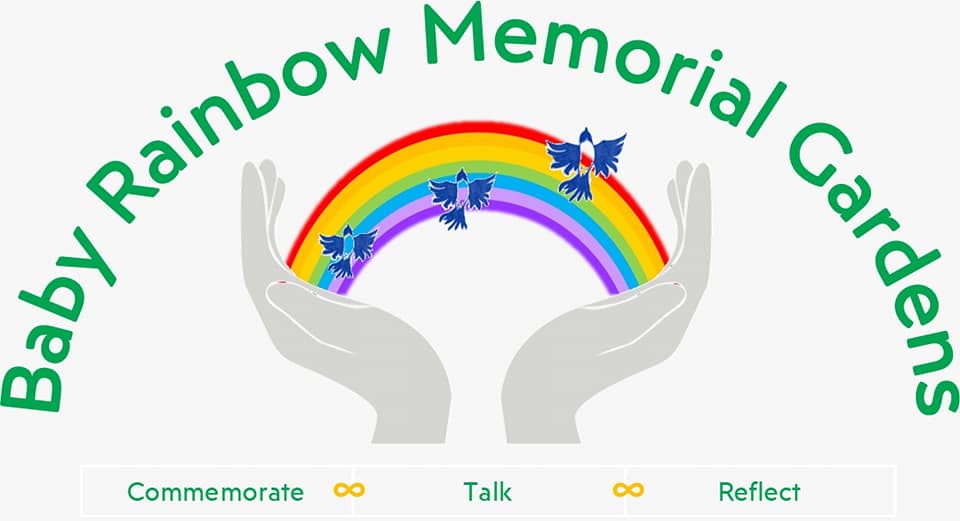 At the beginning of 2022 we were contacted by a charity called The Baby Rainbow Memorial Gardens and asked if we would like to help in the development of a commemorative communal space in Scunthorpe’s Central Park. When we heard the story and idea behind the garden, we wanted to help as much as possible.

"On the day that Rory passed away, it rained and continued to rain for many days after. It was during this period that we noticed the rainbows. They would appear at the most significant times, and we found comfort in trusting that the rainbow was a sign from Rory that he was watching over usWith the significance of rainbows appearing since their loss Donna and Andrew decided to use them as the central design of this project." 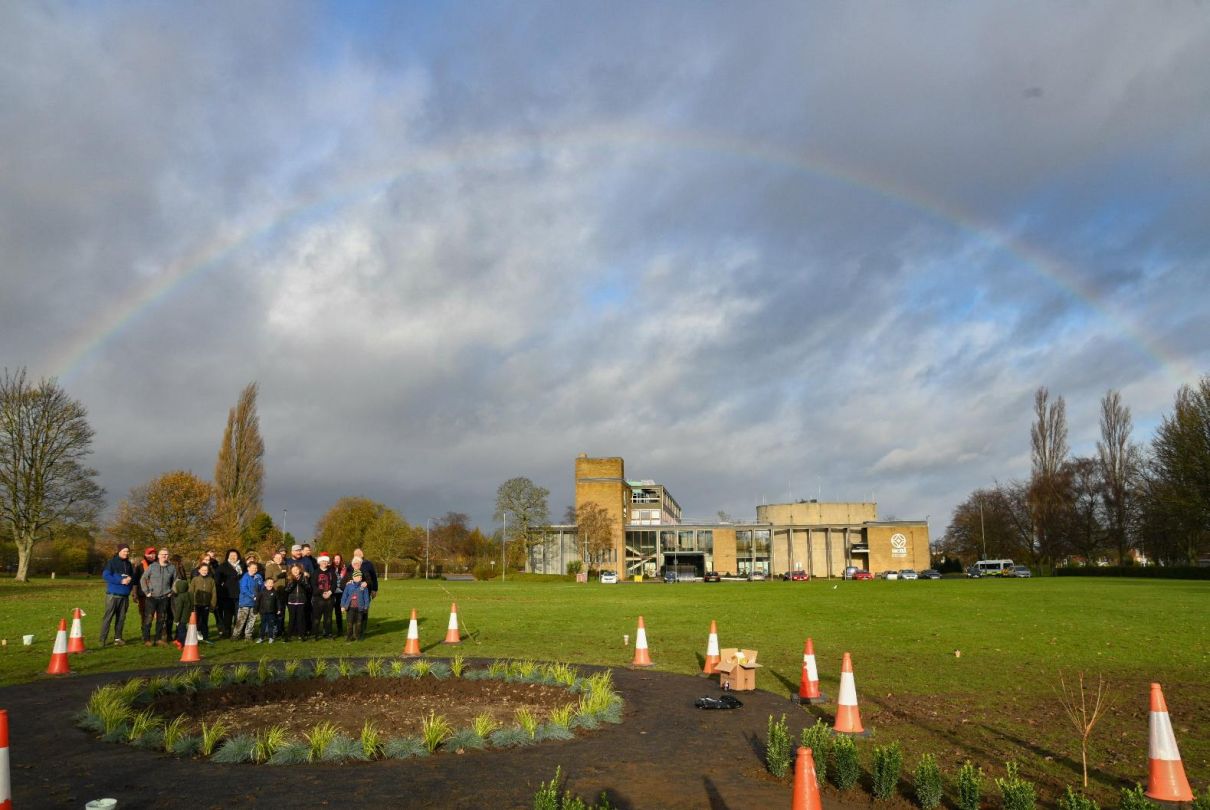 The Baby Rainbow Memorial Garden is being created for bereaved families to offer them a peaceful and uplifting space to retreat to when working through the painful stages of grief.

The purpose of the garden is to help improve the mental health of families who have suffered a loss. It was the vision to have the garden bright and be a dedicated place where families can take time to reflect and remember their children in a positive way.

"We acknowledge that crematoriums and cemeteries are beautiful commemorative spaces; but through our own experience of losing a child, we felt the association with death and sadness of the environment only heightened our distress"

Baby Rainbow Memorial Garden also aims to provide a safe space to encourage grieving families to talk and not suppress their feelings.

How We Got Involved

When we were asked to get involved in this worthy cause we decided we discussed the options with the couple and agreed on supplying materials for the rockery. 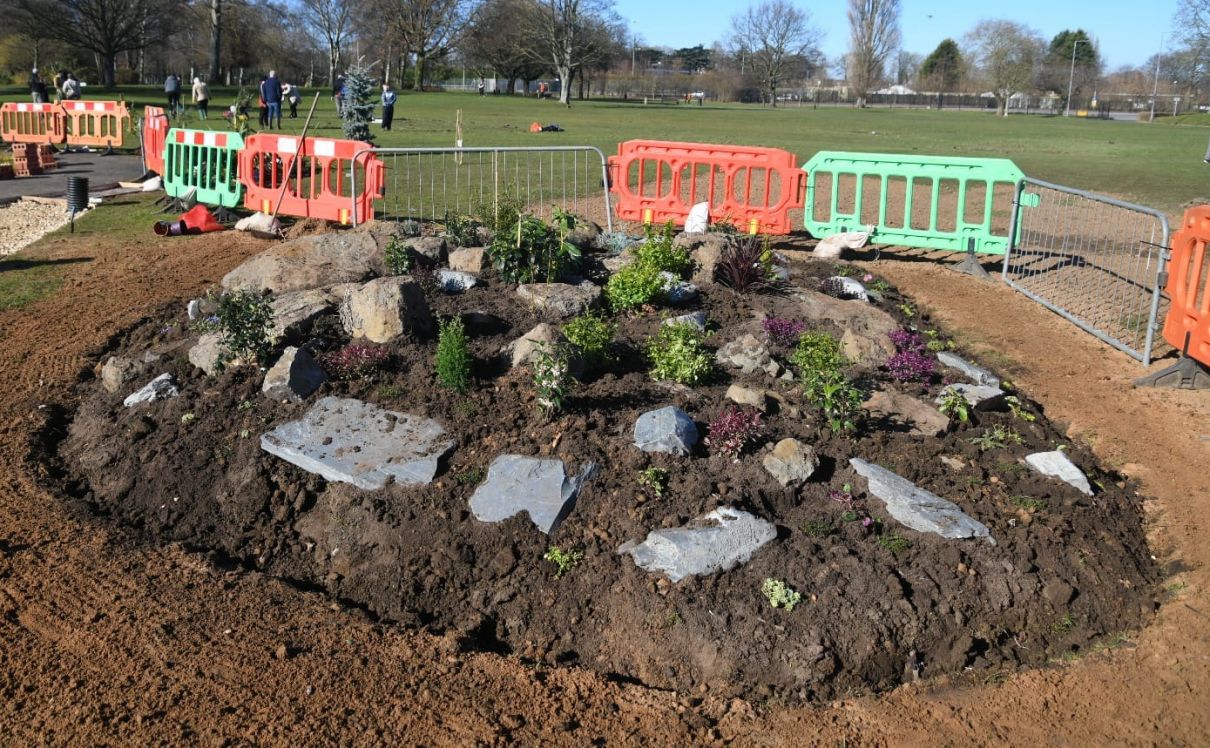 We chose Graphite Grey Slate Rockery to symbolise the strength and stability of families going through such a life changing time. The contrast between the colour of the Graphite Slate against the bright alpines and evergreens will offer a year-round rainbow. 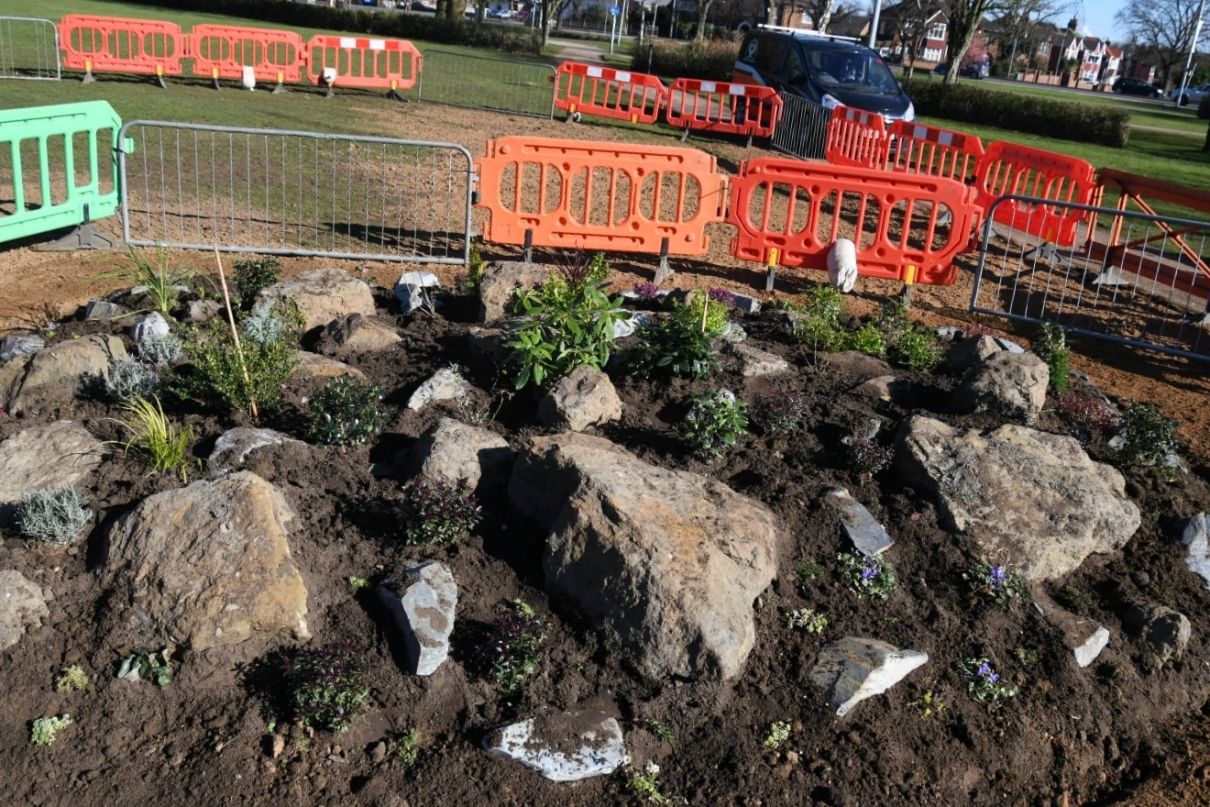 The couple have received an enormous amount of support from North Lincolnshire Council who have worked with them to generate plans and then implement them to create this special place. 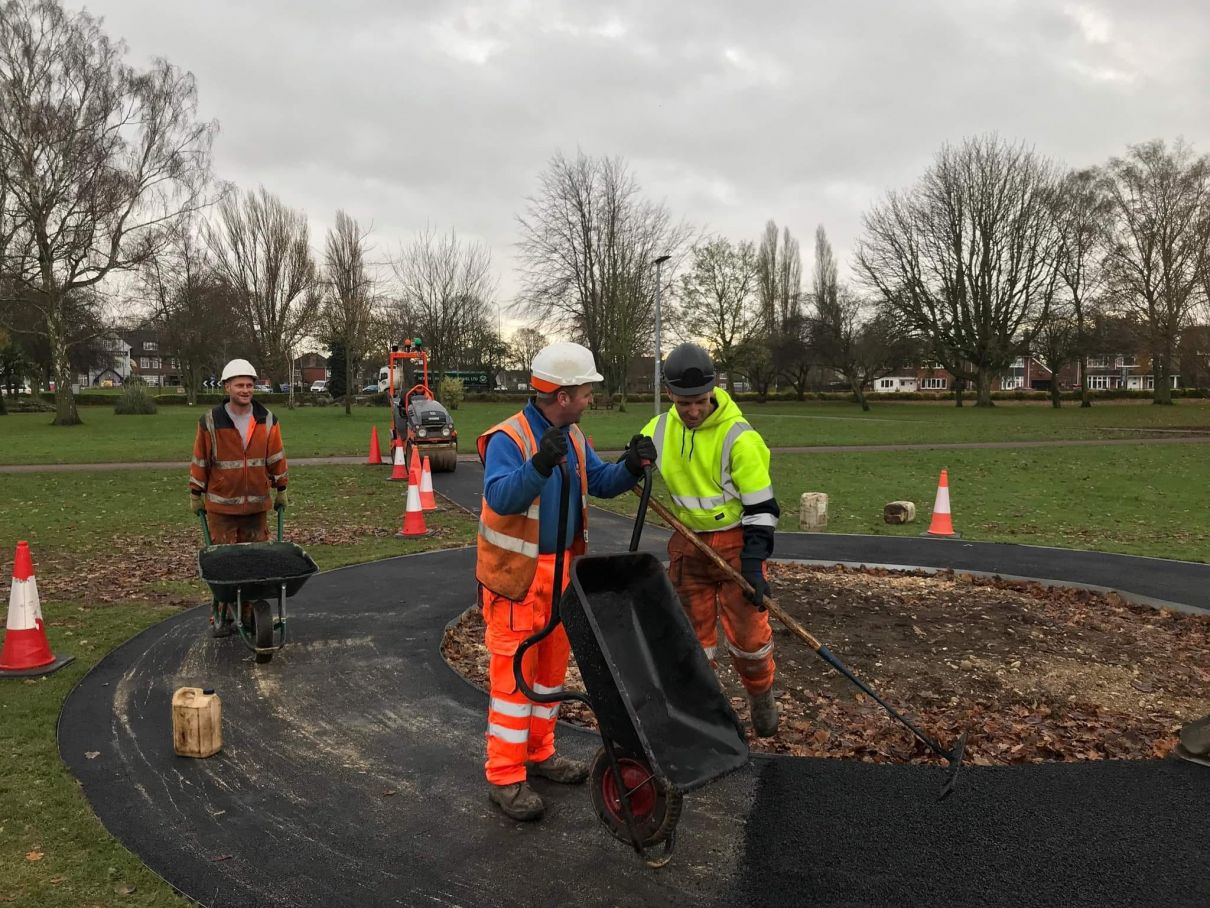 A lot of local business have also been involved with laying paths, supplying plants and trees and other materials. However, none of this would be needed if it wasn’t for the support of the local community offering up their own time to volunteer to make this Rainbow Garden come to life.

Andrew and Donna have been working tirelessly over the last few months to have the memorial garden complete in time for an Easter grand opening. They would like to invite everyone to Central Garden, Scunthorpe on Sunday 10th April at 11am.

Witness the official grand reveal and take part in the specially planned Easter Trail along with tombola, raffles, and stalls. 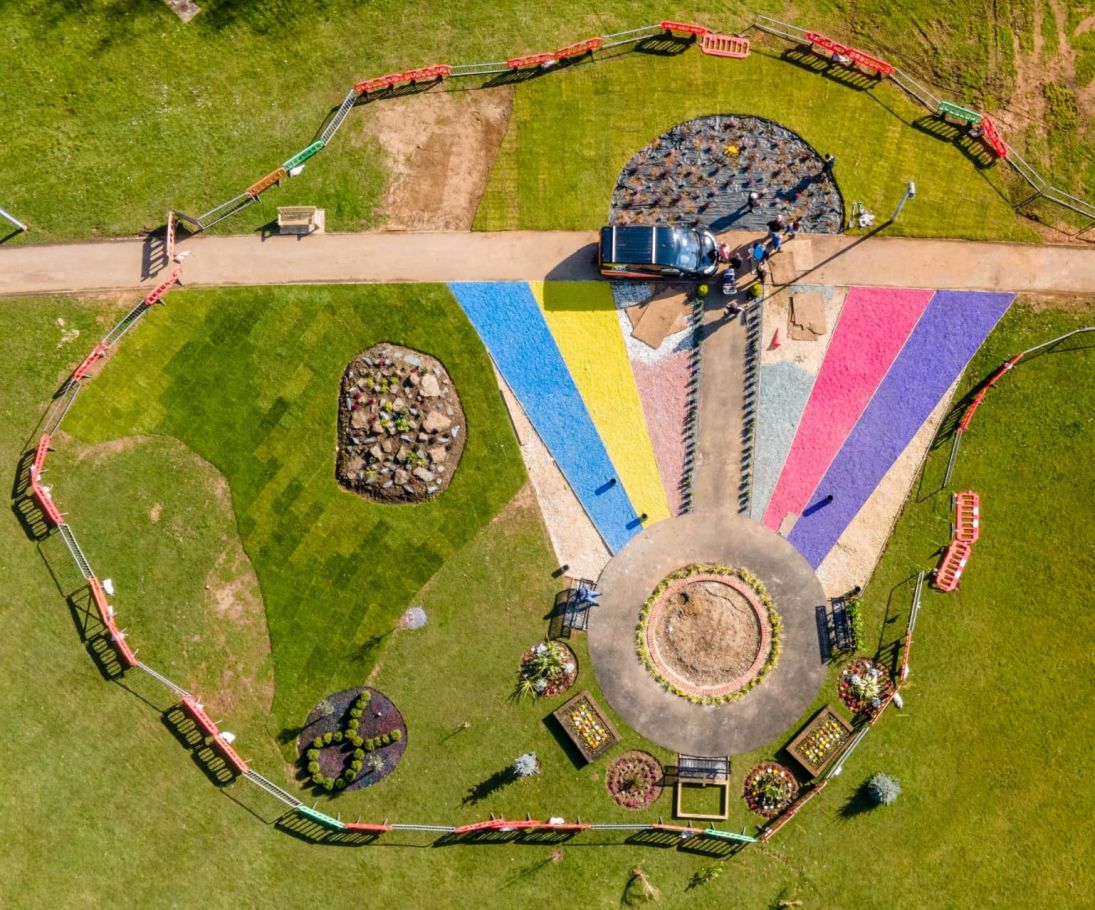